HISTORY BEHIND THE SHETLAND TRADER 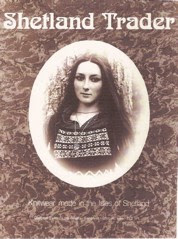 I wanted to provide some background as to why I’m using the name The Shetland Trader.

This was the name of the knitwear business that my mother began back in the 1970s in Shetland, the most northerly islands of Scotland and from where my grandfather’s family come.

When my mother moved to Shetland and became interested in knitwear the Fair Isle traditions were coming under the influence of the larger and less subtle Scandinavian style patterns lacking the traditional finishing around the cuffs, hem and neck. 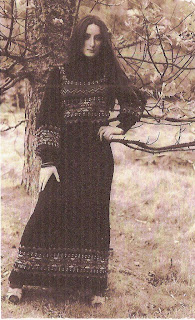 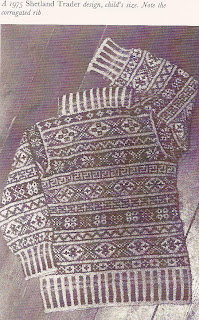 After seeing old photographs of the traditional knitting styles in the Shetland Museum my mother both returned to the roots of Fair Isle, for example using the narrow patterns and natural wool colours, and also began designing more modern styles and garments. As she did not knit herself she turned to local knitters. Initially, these designs were only to clothe the family but the interest she created generated requests from friends and then friends of friends. Then she turned the growing demand into a mail order business offering made to measure sweaters, smocks, skirts, gloves etc and opened a shop. When an article was written about the Shetland Trader in a national newspaper she was overwhelmed by a sack of letter orders.
The Shetland Trader had a brief life of only a few years as my parents left Shetland. However, its influence helped revive the use of traditional Fair Isle patterns, styles and colours so that today there is again a thriving traditional knitting industry, albeit machine rather than hand produced.

It has also come about, 30 years later, that I have become a knitter and designer. I want to pay homage to my mother and continue the use of the Shetland Trader name as my trademark signature. Her designs inspire me as does my Shetland heritage and I hope to pick up where she left off. 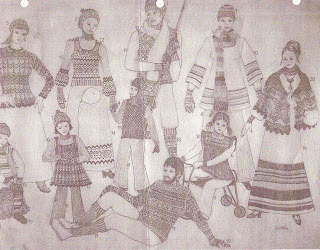 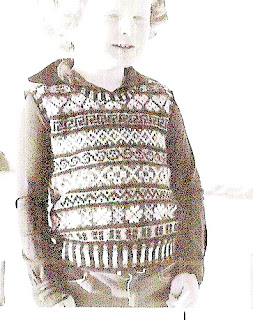 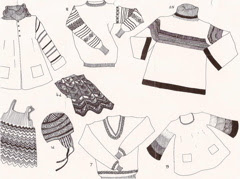 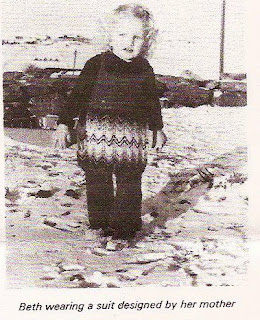 The drawings shown here are from the original Shetland Trader catalogue and were done by my grandmother, Elizabeth Balneaves. 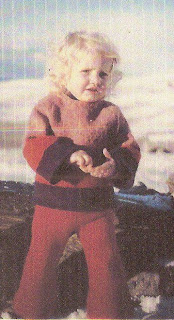